Film and video are ubiquitous. YouTube is the second largest search engine in the world. And not just video search engine. But search engine! Only surpassed by Google. They say that in 2019 80% of all consumer traffic online will be film and video. And we get that. Because films are naturally engaging. But there’s noise too. And there’s a lot of it. So it’s not just about producing films, but instead it’s about creating content that’s relevant, easy to understand, consume and digest. For the right target audience. 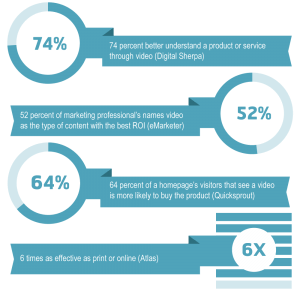 It doesn’t come as a big surprise that Axonn Research say, that 7 out of 10 view brands and companies more positively after seeing video content from them. There is an increasing amount of good reasons to communicate via film. Digital consumption patterns are unmistakably changing towards visual content, and videos have become a sure way to get the attention of the fleeting eyes and clicks of users. This is the case online but also on intranets, offline showings in meetings, sales and education situations and on screens on physical locations, such as canteens and receptions. 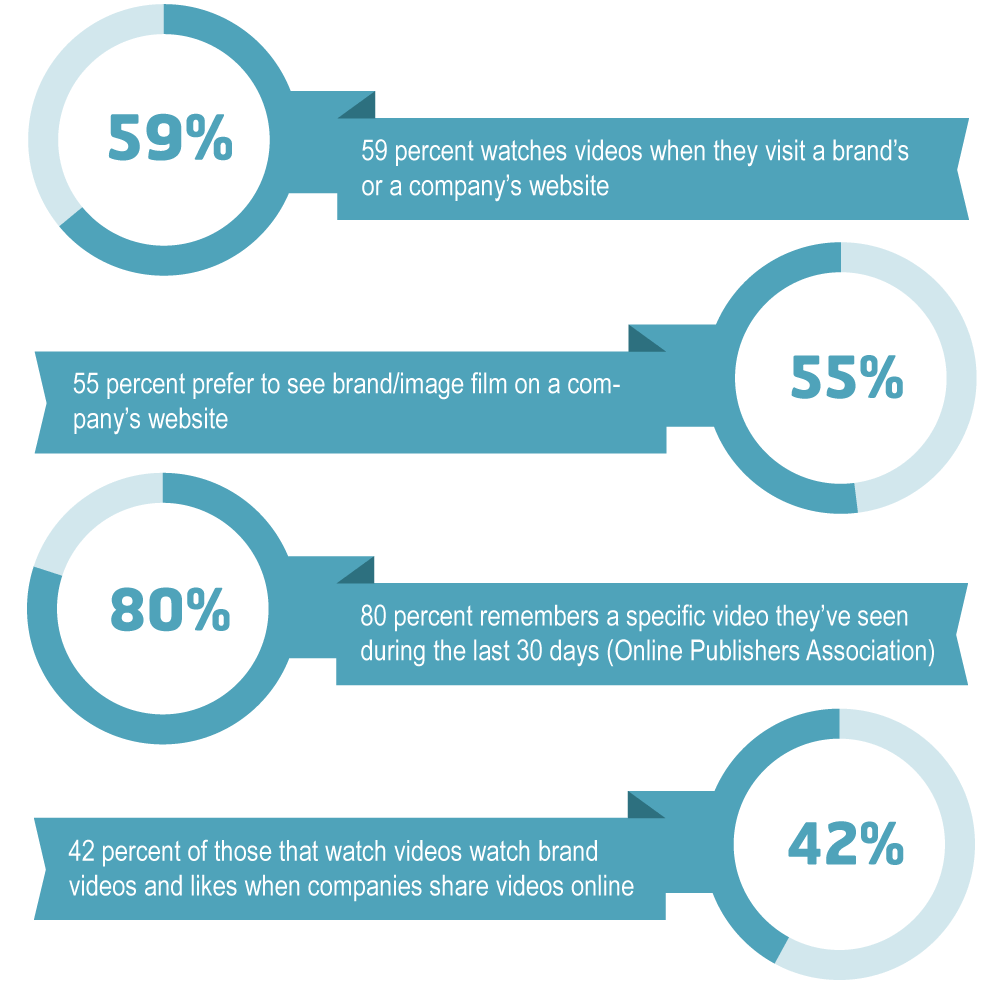 But the most important thing is the content. A bad film, like a bad commercial, speech or pdf, doesn’t change anything for the better – quite the contrary. And now that we’ve established that films are valuable, we might as well recognise that films are completely useless, noisy and a waste of time, if the content isn’t developed with the right context and target audience in mind. It stands to reason, that it’s imperative to communicate the right content to the right target audience at the right time.

So what do you want to say? And how do you want to say it? And never mind if your messages are rooted in a b2c, b2b or b2-something third; drop the business speak approach! You’re communicating to people. Always. And the cause is as simple as you might think: Information is more appealing when communicated like a story. And it\s easier to remember, feel and relate to.

First and foremost a film has to capture the viewers attention, and hold it.

So, you have to figure out what kind of emotion you want to impart on the viewer after he or she has seen the film. This is the foundation on which you build your story. This is where you tell me why I should choose you, your product or your service. Or why I should do things differently. Or how you or your company can make me interested. Or how you can provide value to my life – professionally or personally. Or how I’m going to understand the latest organizational change in my work. It’s all about finding the right angle and communicate it in an interesting way, so the target audience gets excited, understands key messages and reflect on the content.

And how long will the communication last and what is the connection between channels and media? All things that are crucial in order for the film to fulfil its goals and achieve the desired effect.

SO WHY AT ALL USE A FILM?

Because it works! If it’s done right. It is with film as with most other things: If you use it right, it will prove an effective and valuable tool. Both in relation to internal and external target audiences. But remember to be clear about what you want to say and how you want to say it. Wrap your key messages in a story that hits your target audience in one clear voice. Know who your target audience is and target them where they are. And do it because it works. Because, in our point of view, it’s the best way to tell a story. And the best way to make a story stick.